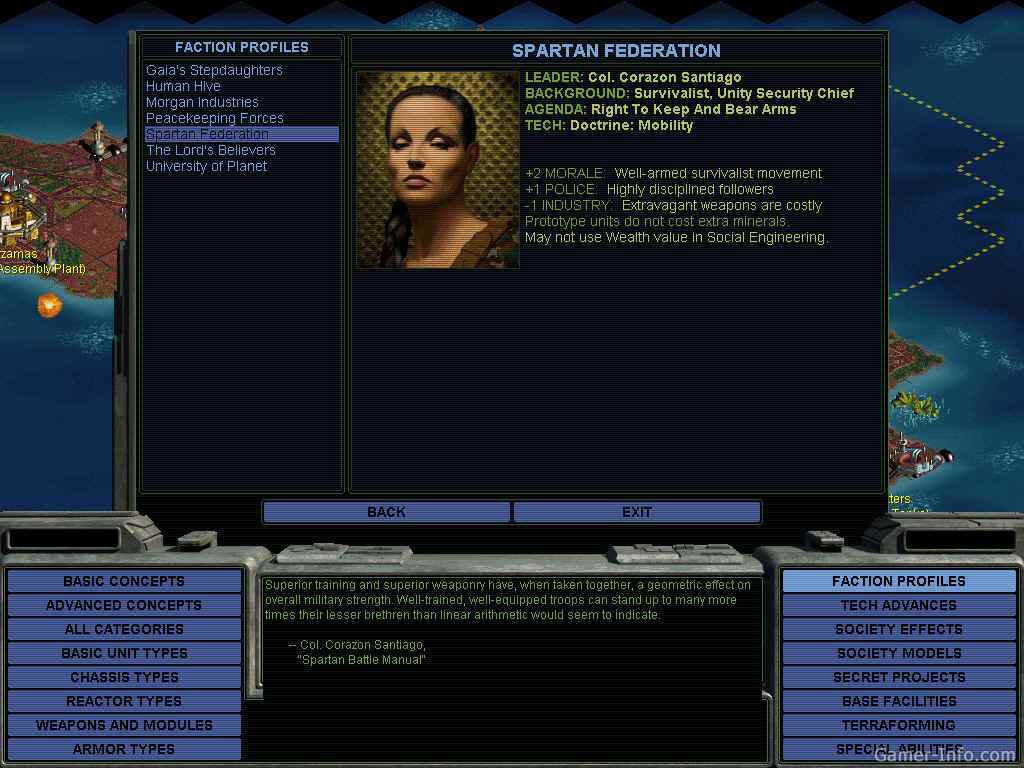 After the 20th century, humankind reaches its hand out across the stars. Seeking to escape the overcrowded chaos of Earth, the United Nations builds a single seedship, the UNS Unity, and sends her on a mission towards the Alpha Centauri star system. After a long journey in cryogenic suspension, the Unity reaches Alpha Centauri where the Captain is killed under mysterious circumstances. Suspecting the motives of one another, the officers and the crew split into 7 factions, each lead with a distinct ideology and motives that they seek to build the planet in their image…

Sid Meier’s Alpha Centauri is best compared to Civilization II, but features many distinct differences in gameplay and thinking. In Civilization, the objective was to evolve a society from primitive tribes, whereas Alpha Centauri starts with the landing of colony pods on a barren planet with society becoming fractured. Each faction (aka nation) receives it’s own share of the Unity’s resources and tech base. For the basics, bases produce nutrients, materials and energy. Nutrients are required to feed to population, Materials are used in production and energy represents the commerce effect which can be traded to players diplomatically or spent on improvements. The 7 factions each have their own agenda, which is determined in large part by the Social Engineering. This enables a faction to customize its values, earning a bonus for what it considers important and a penalty for what it doesn’t. Social Engineering system are discovered through research, the same as other improvements, such as structures and units.

Research is divided into 4 types of technologies, which form an intertwining tree of dependencies. They are: Conquer (direct military applications), Explore (indirect technologies for units and bases), Build (direct infrastructure application) and Discovery (Science for the sake of science, indirect applications). Because of the separation, factions can focus on what they hope the intended result of their science will be, and can be changed at any time. To explore the planet, units are needed. Any unit can be customized out of known technologies; consisting of a chassis type, reactor, weapon, armor and special abilities. Each of these components has a different expense, with untested technologies having additional overhead (prototype).

Finally, Alpha Centauri is not a desolate star system. There is life on the planet, in the form of alien fungus that litters the ground and strange creatures such as mindworms. Initially hostile to all factions, this form of life holds its own secrets and effects on the world at large. 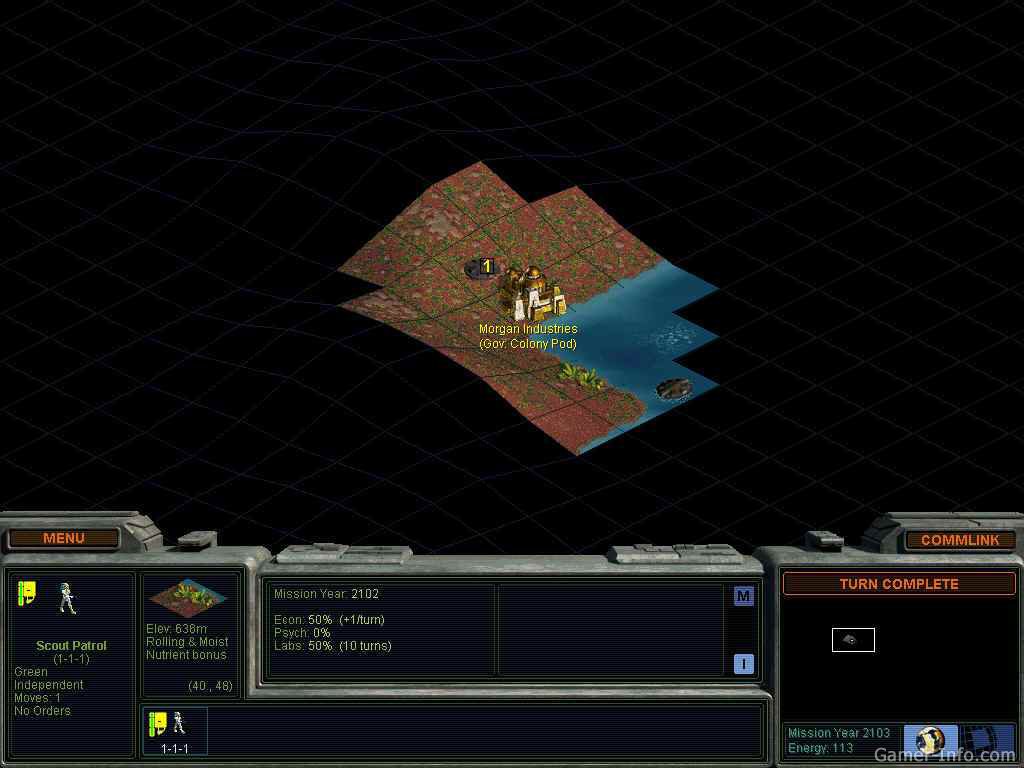 Welcome to the Alpha Centauri Mac game page! Good news, Alpha Centauri is released for the Mac now on GOG.com, Click on the links mentioned here, create an account using the signup in the top bar on the GOG.com website and buy the game. You automatically get when creating an account 9 free GOG games added to your account (most of them also native for Mac so no port required) so you have nothing to loose, only to receive!

Game description:
Mankind begins its most monumental task – the colonization of space. A crew of internationally renowned scientists and security strategists, with wide-ranging convictions and diverse ethics, embarks on a mission that will change the world. One Planet. Seven unique factions. Which will you lead? Each faction has its own agenda, each leader a final goal. You must play to each strength and exploit each hidden weakness in your quest to rule the future.